Litigation is the traditional legal process where both parties hire an attorney who represent positions of the clients through negotiation. The parties communicate through their attorneys. In the end, if an agreement is not reached, the parties and other witnesses testify before a judge who will make a decision on each issue presented. As a side note, the statistics show that about 95% of all divorces are resolved before going to trial.

Divorce us the legal process which terminates a marriage. It commonly involves the issues of property division, maintenance/spousal support (financial support for a spouse), child custody, visitation and support. In this process, there is a final contested hearing or trial in which a judge makes the final decision.

Dissolution also legally terminates a marriage, but is often less contentious than divorce, as it is initiated by a Petition for Dissolution filed by both of the separating parties, as opposed to a lawsuit, which is filed unilaterally. In this model, the parties reach an agreement which must be approved by the Court.

The issues of property division in divorce arise from the distinction between marital property and separate property. Since all property acquired during the marital union is subject to division during divorce, it is necessary to carefully value assets such as real estate, retirement benefits, automobiles and businesses.

While the courts start from a baseline principle of 50/50 division, the real life application of this rule is rarely so simple. Since proceedings to divide property can range from straightforward to contentious, it is important for both parties to be represented by counsel.

The amount and nature of child support awards in divorce cases are established by Ohio state law. 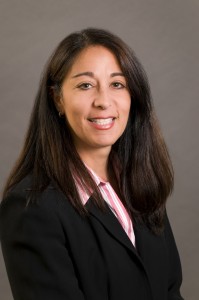 To request information or a free telephone interview, please call or email a brief description below.